Trento – 10 things to see and do in this Alpine City

Trento, in Northern Italy has lots going for it – it’s easy to reach from places like Milan, Bologna, Venice or Florence, and yet it’s a world away in many ways. It’s where Italy starts to take on a more Austrian flavour, and is nestled in to the mountains in the Adige river valley. There are loads of reasons to visit Trento, but here are 10 of our favourites. 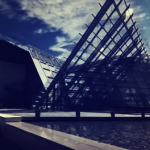 The Muse Science Museum in Trento was a bit of a gamble, when the city authorities decided to try to recuperate an abandoned industrial area of the city. Many people were sceptical that this state of the art Museum, in a building designed by Renzo Piano, would be able to attract tourism, and at the same time transform the local area. They’ve been proven wrong though, as tourists flock to this innovative museum, which is a major treat for adults and children alike.

Eat in a Beer Hall 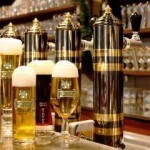 Ask locals where to eat in Trento, and many will recommend one of the two main beer halls in the city, Forst or Pedevan. Both have good local food – schnitzels, canéderli, and gulasch, while you can still get a good plate of pasta. The Trentino region is known for its mixture of influences in culinary terms, with half coming from Austria and Central Europe, and the other half from the nearby Veneto. The beer here is wonderful – something you don’t often say in Italy. 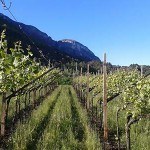 There’s a strong beer culture in the Trentino region, but there’s an equally strong wine culture, and there are plenty of world class vineyards that you can visit. Because of the geography of this part of Italy, with the mountains, valleys and lakes, you can also sample a great variety of wine in a small area. If you have a car, take a day to drive along the Strada del Vino e Sapori Trentino (The Trentino Wine and Tastes route) 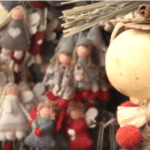 The city’s small size, its beautiful central piazza and the mountain views on all sides, make Trento a picture-postcard destination for Christmas, and it is famed throughout Europe for its Christmas Market. Up to 90 wooden stalls are set up in Piazza Fiera selling gift, arts and crafts, alongside the best in local food and drink. A glass of vin brulè is a treat.

Go to the Buonconsiglio Castle 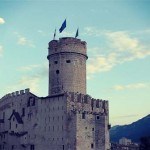 The Buonconsiglio Castle, the largest monument in the Trentino Alto Adige region, sits above the city of Trento, and was the seat of power for its Bishops from the 13th to 18th Century. It’s an expansive structure, with different buildings of note, including the Castelvecchio, the Magno Palazzo, the Giunta Albertiana, and the Torre Aquila (which houses the famous Cycle of the Months series of frescoes from the 14th and 15th century).

Take the cable car to Sardagna A cable car runs from the station near the Ponte Lorenzo bridge, across the Adige and up Mount Bodone to the small town of Sardagna. This is a wonderful trip, though not for the faint-hearted or those who suffer from an acute fear of heights. From the centre of Sardagna you can hike up the old roman road to the Parco delle Poze for a magnificent panorama of the city. Take note that weather conditions (ice or wind) can lead to the cancellation of the cable car. 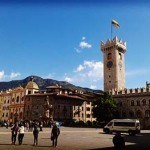 Trento’s Piazza Duomo is regularly cited as one of the most beautiful in Italy, with its central fountain dedicated to Neptune, framed by the nearby mountains. The City’s Duomo, the cathedral of St Vigilio which borders the square, was the scene of the famous Council of Trent between 1545 and 1563. From its illustrious past to its busy present day (on Thursdays the square pays host to a market with stalls selling local produce), this square is the beating heart of Trento.

Look at the beautiful facades of Via Belenzani In particular, take a visit to the Palazzo Geremia (#19 Via Belenzani),one of Trento’s most beautiful Renaissance buildings, built at the end of the 15th century as a residence for Giovanni Antonio Pona, son of the noble Geremia Pona of Verona and his wife Elisabetta Calepini. At the end of Via Belenzani, as you enter into Piazza Duomo, you’ll see the impressive Cazuffi-Rella houses with more impressive frescoes.

See the Ruins of Roman Trento 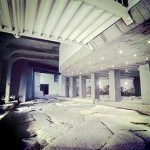 The Tridentum. S.A.S.S. – Underground Archaeological Site, in the city centre, is a subterranean museum with important remains from when the city was a Roman town. Trento was originally a Rhaetian town, but was conquered by the Romans in the late 1st century BC, and given the name Tridentum – three teeth, for the three hill around the city Doss Trent, Sant’Agata and San Rocco. A visit to this museum brings you back centuries to when Tridentum was an important stop on the roman road from Verona to Innsbruck.

Visit the Museum in two Tunnels When two road tunnels, drilled into Trento’s Monte Bodone were replaced by a new road system, the city once again responded with an innovative cultural project, turning these two galleries into a museum space in the city’s Piedicastello zone. The two tunnels, one black and one white, cover roughly 600m2 and play host to exhibitions and shows centred around the themes of history and memory.