It’s 9.00pm on a thursday evening, as Interpol take to the main stage at Home Festival, one of Italy’s newest and most promising festivals. The crowd is big, the vibe is good, and it manages to coax out a smile even from the ever-taciturn New York band as they play a solid set comprising hits from all four albums.

The Home festival may just be one of the answers that European festival goers have been looking for – a great festival that doesn’t feel like an endurance test.

Next up on the main stage, are the headliners for the opening night – Franz Ferdinand & Sparks, and it’s a joy to behold. The band dances, the crowd dances, and the sound is next to perfect (no small feat, given that there are several stages in the festival area, hosting a range of style from singer-songwriter through to electronica and heavy blues rock).

The Home festival may just be one of the answers that European festival goers have been looking for – a great festival that doesn’t feel like an endurance test. Held just outside the charming town of Treviso, in Italy’s north eastern Veneto region (not far from Venice, and directly reachable by Ryanair), the festival, now in its seventh year, started out as a local initiative, a free festival to showcase local talent – run by Treviso’s Home Rock Bar; Over 100,000 people attended the 2013 festival, and last year organisers took the decisive step to charge an entrance fee and scale up the level of artists. 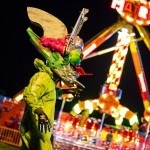 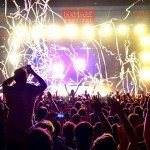 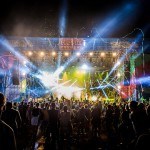 The intent is clear – to put this festival on a par with the great annual festivals of Northern Europe. There’s still some way to go, but watching Franz Ferdinand & Sparks rock the place, and then drifting in and out of the various tents to watch some of Italy’s best bands (acts like singer-songwriter Dente, indie-rockers Lo Stato Sociale, or the brooding electronic brilliance of Aucan) it’s clear that the organisers are on the right track. Sure, it’s not on a level with Glastonbury, Primavera Sound Festival, or even the likes of Ireland’s Electric Picnic – but that’s mainly due to logistics rather than spirit. The fact that the festival is now partnered up with Hungary’s prestigious Sziget Festival, suggests that they’re not far off from establishing this event as a cornerstone in the musical calendar.

What’s extraordinary about tonight’s show is that there’s a full festival line-up for an incredible price of €15 a ticket. In most cities around Europe, Italy included, that wouldn’t get you in to see just one of the bands on the bill, let alone a full festival. Alongside the bands there are carnival attractions, numerous food stands (and we’re in Italy here, so the food quality is superb), bars, and an interview tent where artists answer questions from journalists and the public. 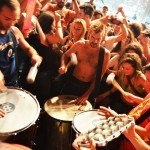 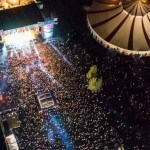 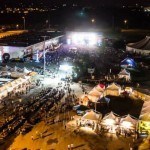 So, the downside? The line-up, for non-Italians is too weighted towards local talent. While there’s loads of great Italian music, it’s hard to imagine festival-goers crossing borders to come to Treviso for the likes of Negrita, Fedez of J-Ax. Hopefully next year’s edition will see the line up mix more international bands with the Italian groups. Also, while there are camp sites nearby, for a fully fledged festival experience a camping area on-site is something that’s missing. Other than these minor quibbles though, TMO is already looking forward to Home Festival 2016!