As a regional capital, university town, and transport hub with a major trade fair exhibition space, it’s no surprise that Bologna always has something interesting going on, whatever the season. Here are some (but certainly not all) of the main annual events.

The Bologna Childrens Book Fair is, perhaps, the most important trade fair in the world for Children’s Books publishing. Primarily a trade event, where the buying and selling of rights is the focal point, the fair also has various events laid on for the public, and has the important BolognaRagazzi awards. Up to 1200 exhibitors come to Bologna each year for the fair, and journalists from up to 98 countries attend.
Official Website

Italy is a car-crazy country, passionate about motoring in all its forms, and there’s no region more linked to motoring than Emilia-Romagna, to the extent that there’s a whole tourist attraction of the Emilia-Romagna motor valley. It’s fitting then that Bologna hosts one of the biggest annual motor shows in Europe. In recent years, with the economic crisis hitting the motor industry particularly hard, the show’s future has been put in discussion, but after a break in 2015 the show returns as strong as ever in 2016.
Official Website

November
The international festival dedicated to comic books / graphic novels (or, in Italian, fumetti). The festival is named after the most famous comic strip of artist Atitlio Mussino, which is widely considered to be the first Italian comic, published in the Corriere della Sera newspaper, first appearing in 1908. Each year the festival brings together leading artists, hosts exhibitions, workshops and events. The festival also hosts a central exhibition dedicated to one specific artist each year, for example Magnus (2007), Gianni De Luca (2008), Sergio Toppi (2009), David B (2010), Josè Muñoz (2011) and Atak (2012)
Official Website

The Biografilm Festival, subtitled an international celebration of lives, is the first film festival dedicated entirely to the bio-pic genre, and because it’s such a wonderfully diverse genre you’ll find all sorts of films on show here. The festival has grown continuously since its inception in 2005, and now it includes various side-shows including concerts and a bio-park food village in the trendy Parco del Cavaticcio (situated behind the Mambo Museum).
Official Website 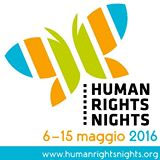 This festival brings together two traditional passions of the city – the political, and the cinematic. Each year the festival showcases documentaries and films that take as their central theme Human Rights. The festival itself has been awarded a special recognition for its work at the Venice International Film Festival – La Biennale di Venezia. The festival includes film screenings and public talks with directors. The main venue is the Lumiere Cinema, though screening and talks also happen around the city and in University venues.
Official Website 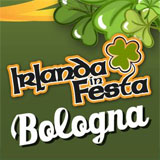 Bologna was founded by the celts, and in the music and dance traditions there’s much to connect the city with Ireland, but in reality this festival was started by the enthusiasm of some local promoters for the Emerald Isle, and for a number of magical nights around March 17th (St. Patrick’s day), Estragon – the venue at the city’s Parco Nord, is dedicated to Irish music, dancing and food (they even fly in a chef from Ireland!). Lots of Italians enjoying the craic – a surreal but hugely enjoyable festival.

Perhaps the most important trade show for contemporary art in Italy, with over 58,000 visitors and 222 exhibitors, the Arte Fiera holds events in the Fiera exhibition centre, and in the centre of town, including the now traditional ‘ArtCityWhiteNight’, where galleries across the city remain open until midnight, and the city centre is filled with performances, happenings, dj sets and more. The Arte Fiera is always a great occasion to visit Bologna at the start of the year.
Official Website

One of the signs of summer in Bologna is the setting up of the massive open-air cinema screen in Bologna’s Piazza Maggiore. The Cinema Ritrovato festival screens cinema classics that have been restored at Bologna’s specialist centre (that includes a special Charlie Chaplin archive, donated to the city by the Chaplin family). Silent films are often shown with full orchestra. It’s not all silent films though, and you’re guaranteed one of the most spectacular open-air cinema settings in the world.
Official Website

September
Thanks in part to the auspices of the late (and legendary) Bolognese singer-songwriter Lucio Dalla, Bologna was awarded a UNESCO recognition as a city of music, and jazz plays a large part of that culture. In September (while the weather is generally still very pleasant), the Strada del jazz or streets of jazz festival takes place, with jazz artists and bands playing in the open air throughout the city centre. It’s a great and free festival, well worth visiting the city for.
Official Website

The feast of San Petronio 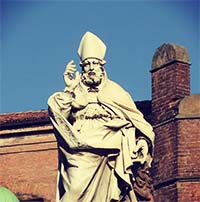 Each Italian city has a patron saint, and on their feast day the city has the equivalent of a bank holiday. Bologna’s feast day is that of San Petronio (whose statue you can see underneath the famous two towers of Bologna, on October 4th. There is usually some kind of open air spectacle in Piazza Maggiore, culminating in a fireworks display – and seeing fireworks in that setting is something very special indeed. 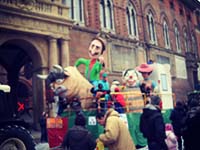 Bologna isn’t particularly famous for its carnival celebrations, in part because of its proximity to more well-known Carnival towns like Venice, or the nearby town of Cento (which is famous almost exclusively for its carnival celebrations), but Bologna does celebrate Carnival and has a particular focus on a child-friendly parade that winds its way down Via Indipendenza through to Piazza Maggiore. It’s great fun, and keep in mind that Bologna is a great base to make day-trips to other carnival destinations.

November
One of the joys of November in Bologna is the annual Cioccoshow – a fair celebrating the best in Chocolate. Unlike many of the fairs listed here, this one takes place in the main squares of the city, which makes it a wonderful tourist attraction. You can stroll through various stands, tasting different types of chocolate (almost 500 kilos of chocolate were tasted at last year’s festival alone), watching workshops and laboratories etc. The success of the festival has led to it touring other cities including Napoli, New York and Rome, but the compact nature of Bologna’s medieval city centre makes it a #1 destination.
Official Website

The annual RoBot festival is an innovative festival dedicated to exploring electronic music and digitla art, and all their intersections. It is about as hip as hip can get, and throughout the city there are dj sets, video installations, workshops, interviews etc. Artists including Ryūichi Sakamoto, Alva Noto, Francesco Tristano Schlimé, Plaid, and Yann Tiersen have appeared at the festival.
Official Website

October/November
The annual Gender Bender festival that explores gender identities, sexual orientations and body representations in contemporary culture. It’s one of the most broad and interesting festivals in the city, with events ranging from music and cinema through to theatre and art exhibitions. The festival takes place in venues all around the city, and is in part organised by the famous LGBT centre Cassero
Official Website

Piazza Maggiore is the traditional gathering point in the city to celebrate Capodanno or New Year’s Eve (also known as La Notte di San Silvestro). There is usually some kind of stage and show organised, which culminates in the burning of the Vecchione (Old man), a styled bonfire which represents the burning of the old year and the welcoming of the new year, usually followed by fireworks. The festival is constantly evolving though, and for example, last year it featured an open air dj set from the Libertines Carl Barat.