There’s an embarassing moment that happens to nearly all students of a foreign language,
when they over-eagerly grasp to a similar sounding word to that of their own native tongue, only to find out that it’s a ‘false friend’ with a completely different meaning. Approaching Kate Rusby’s fragile and beautiful No Names, from the album could initially pose a similar problem. You could be fooled by the first line, where she sings liltingly ‘Take my hand’ for all the world as if simply translating the classic George Weiss, Hugo Peretti and Luigi Creatore song Can’t help falling in love into yet one more alternative version (at last count over thirty artists had officially covered the tune).You’d be wrong though, and would end up missing a fragile yet steadfast song with the added bonus that it features a guest vocal from the massively overlooked Roddy Womoble from Idlewild. 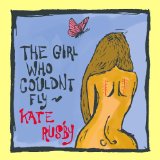 The song, rightly nominated for a Mercury Music Prize in 2006, has a simple guitar throughout allowing Rusby and Woomble’s delivery of an enigmatic text to provide all the tension. This is folk music, but not of the ‘finger-in-the-ear-and-pint-in-hand’ variety conservatively churning out respectful standards. Rusby, with a voice that sounds as old as the hills (in a good way) – though she’s only in her early thirties – has based her career on melody and pushing boundaries, not in an ostentatious way but concrete nonetheless.

No Names is, in a sense, a perfect duet, as it centres completely on the relationship between the two voices. They join together with a pleasing symmetry, female/male – english/scottish (both Rusby and Woomble sing in their own accents), and yet there’s a fault line between them.

The song’s key line is ‘how it came to this it’s not clear’, and like the all the best songs it’s open to interpretation. One thing is for certain, it’s a song of parting – of bravely acknowledging love and its loss. Is it the song of a couple that, with all the will in the world, can’t go on together – or is it the song of two people facing the imposed separation of death? The song shifts and slides to accomodate as needs must.

One thing is for certain, sometimes in the dying days of the year we all need to take stock and face sadness, and this song is a perfect hand to hold whilst doing so.

The only version I could find online accompanies this Johnny Depp film clip – I’d recommend clicking on play, and then closing your eyes. It’s a song that needs no super-imposed visuals.