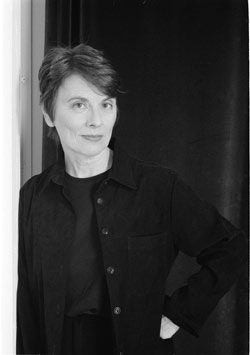 The publication of Camille Paglia’s Sexual Personae: Art and Decadence from Nefertiti to Emily Dickinson in 1990 announced the arrival of a new intellectual voice. That work – with its startlingly immodest ambition to “demonstrate the unity and continuity of western culture” – embodied what has come to be seen as Paglia’s hallmark style: deep erudition (the aesthetics of ancient Egypt, for example) expressed in hugely entertaining prose, peppered with apothegms and judgements that brook no dissension (“Unlike older scholars, some of us find King Lear boring and obvious, and we dread having to teach it to resentful students.”).

If a thread connects Paglia’s first book with her subsequent prolific output both in scholarly publications and contributions to newspapers and journals (notably as a columnist for the online Salon and contributing editor at Interview magazine), it is a commitment to the idea that Art is important. Although Paglia is as comfortable discussing the meaning of Madonna as she is explicating an Emily Dickenson poem, she doesn’t buy into the postmodernist credo that artistic judgment is hopelessly culturally and sociologically distorted and shouldn’t even be attempted. A caricature of this stance might be to say that appreciating bubble-gum wrappers deserves the same expenditure of brainpower as that accorded to Renaissance frescos. The Paglia line, however, seems to hold that although we can guiltlessly enjoy popular culture on its own terms, the canonical works still demand our unironic homage.

This willingness to make old-fashioned judgements about what’s good and what’s bad is apposite to Paglia’s latest book: Break, Blow, Burn: Camille Paglia Reads Forty-Three of the World’s Best Poems. Ranging from Shakespeare’s refashionings of the Petrarchan sonnet to Joni Mitchell’s ‘poem’ Woodstock, the book implicitly and explicitly argues for the essential role of an art form marginalized, according to Paglia, not so much by commerce and popular culture as the complacency of an academy besotted by trendy theory and contemporary poets “who treat their poems like meandering diary entries”.

An interview with Camille Paglia, which focuses on her latest work, begins by asking how her approach to interpretation lines up with that taken in modern universities:

SB: In your introduction to Break, Blow, Burn you lay out your approach for reading a poem, a method that involves both a close reading of the text and a recognition of the impact of the author’s biography. Do you think this mixture is typically used in the academy? I’m thinking of all those cohorts of undergraduates (myself included), who left familiar with the disastrous lives of Plath and Lowell but would be hard pressed to give an example of iambic pentameter.

Camille Paglia: In Break, Blow, Burn (which I spent five years writing), my aim is to demonstrate how to blend the close textual reading of New Criticism with external biographical and historical considerations. New Criticism was in its arid last stage when I was in college in the mid-1960s, and I detested it for its claustrophobic exclusions. I found it too genteel, too WASP, with its prudish evasion of sex and its hostility to psychoanalytic speculation.

But as the decades passed and poststructuralism, postmodernism, and New Historicism took root in the academy, I began to realize how many of my skills as a commentator on art and culture came from my early training in the New Criticism. My most sustained attack on poststructuralism (which underlies New Historicism) is contained in my 1991 manifesto from Arion, “Junk Bonds and Corporate Raiders”, reprinted in my first essay collection, Sex, Art, and American Culture.

Close reading is currently considered passé and even reactionary. Although it probably remains the primary classroom methodology of conscientious teachers of college freshmen, it has certainly been abandoned by the most prominent and chichi literature faculty in the elite schools. I am trying to make close reading fashionable again and to embolden graduate students and junior faculty to do likewise. Over the past 35 years, literature and art have too often been reduced to lugubrious victimology or crass political sloganeering.

As for iambic pentameter, Break, Blow, Burn (as I state in the introduction) is less concerned with formal prosody than with metrical deviation or syncopation, which I compare to jazz and especially admire in Emily Dickinson.

SB: You also map out the vacillations in the fortunes of poetry over the course of the 20th century–from the “height of prestige in the 1960s” to the status it has today, where its most prominent role might be seen as padding out the longer articles in The New Yorker. I was wondering what you made of the impact of the novel, which every young writer now seems to aim for, on poetry’s health. And in a related question, do you buy into the view that poetry is somehow “purer” because its practitioners will earn next to nothing from it?

Camille Paglia: I lost interest in the contemporary novel decades ago. While the novel as a genre seems vitally connected to British culture, where it continues to enjoy great prestige, mass media and popular culture are far more central in the U.S. I don’t feel that American novelists as a whole have much to say any longer about the dynamics of this society. By the time the novelist addresses some crucial political, social, or educational issue, it’s already flat and stale, because it’s been treated in a thousand ways and many years earlier by our media.

Thus American novelists have drifted into thinly veiled autobiography, and because few of them have had any real life experience outside of writing programs or urban coteries, novels have become exhibitionistic memoirs, foregrounding every last banal or grisly trauma. It’s just tarted up Oprah – a show, by the way, that I’ve watched from the start, even though it’s become somewhat formulaic.

As for poetry being “purer”, I don’t think in those terms. I struggled for so long to get published (my first book, Sexual Personae, was rejected by seven publishers and not printed until I was 43) that I don’t think of writing as a financial enterprise. For committed writers in any genre (including nonfiction), writing is an approach to the world, a way of life.

SB: To continue the theme of the vitality of poetry, you describe how you consider that contemporary poetry has turned its back on engagement with the culture in all its lurid reality. This perception seems to have shaped your selection of poets and poems. For example, there are three poems by Theodore Roethke but nothing from Ezra Pound or T.S. Eliot. On the other hand, however, you’ve included the relatively challenging Wallace Stevens but excluded the supposedly echt American poet, Robert Frost. Could you explain a little more these apparently idiosyncratic choices?

Camille Paglia: I’ve never liked T.S. Eliot, even though I view The Waste Land as a cardinal work of the twentieth century. I find Eliot grindingly conceptual and calculated; everything is pre-programmed, mapped out like a crossword puzzle. He leaves little to intuition, to the suggestive power of words. And he’s too priggi
sh about basic emotion.

Ezra Pound had an enormous influence on other writers, including Eliot and Williams. But I don’t think he ever succeeded in writing a major poem of his own. I reviewed all Pound’s work again for Break, Blow, Burn, and my lack of interest in him didn’t change. Too much of it is pastiche–a compulsive showiness, a pillaging of culture for pretentious references that the general reader would need a thousand footnotes for. That’s not deep or genuine art-making to me–it’s adolescent skittishness, the posturing of a snippy, adenoidal grad student (I remember that type all too well). Pound was a generous facilitator and mentor, but he was creatively self-crippled.

You don’t ask about Auden, but that’s another big omission in Break, Blow, Burn. I had fully intended to include an Auden poem and was dismayed when I couldn’t find anything I could endorse for the general reader. Like Pound, Auden had tremendous influence on other poets; his casual, conversational style would permeate modern writing. But the poems themselves I find of questionable quality.

I desperately wanted to include the gay poem that begins so wonderfully, “Lay your sleeping head, my love,/ Human on my faithless arm” –but the poem dithers itself away in banalities, its contorted, affected locutions hoarily derivative of classic British poetry that Auden seems cowed by. Then there’s his widely anthologized, Musée des Beaux Arts, which is full of rich ideas, but their treatment is alternately patchy or embarrassingly obvious and finally tiresome. There’s no Auden poem I return to again and again with pleasure.

I hold all modern poets to the high standard of Yeats’s The Second Coming, which is a centerpiece of Break, Blow, Burn. What stunning power of imagination and language! That poem is still fresh after nearly a century. Wallace Stevens wrote dozens of extraordinary poems that still live, and so did Roethke. But in my opinion Pound and Auden have lost contemporary relevance, except to literary historians. The mercurial language of Shakespeare, on the other hand, still dazzles, baffles, and enchants.

Robert Frost was destroyed for me in high school. All that plainspoken Protestant American piety–it made my skin crawl. At the time, I was hooked on the pyrotechnic aestheticism of Gerard Manley Hopkins and the raffish sexual adventurism of Edna St. Vincent Millay. I instinctively felt that Frost’s “honesty” was false and repressive. It’s no surprise that within a few short years, my culture idol would be the piratical Keith Richards of the Rolling Stones.