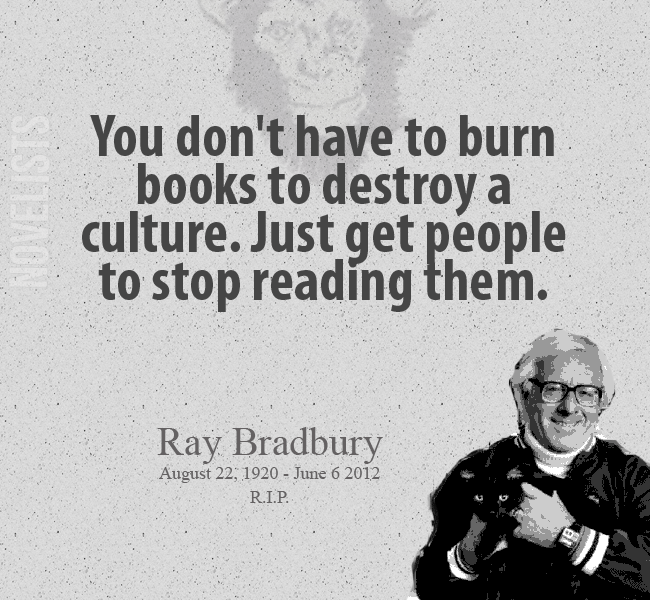 Ray Bradbury, whose work has influenced generations of writers and cultural commentators, died today (june 6th 2012) at the age of 91. The author of Fahrenheit 451, The Martian Chronicles, and Something Wicked This Way Comes, had been ill for some time, according to a statement from his publishers Harper Collins.

Aside from his work itself, Bradbury will perhaps be best remembered for breaking down the artificial barriers erected by critics between science fiction and ‘literature’. In interview with the Paris Review, he remarked: “I often use the metaphor of Perseus and the head of Medusa when I speak of science fiction. Instead of looking into the face of truth, you look over your shoulder into the bronze surface of a reflecting shield. Then you reach back with your sword and cut off the head of Medusa. Science fiction pretends to look into the future but it’s really looking at a reflection of what is already in front of us. So you have a ricochet vision, a ricochet that enables you to have fun with it, instead of being self-conscious and superintellectual.”